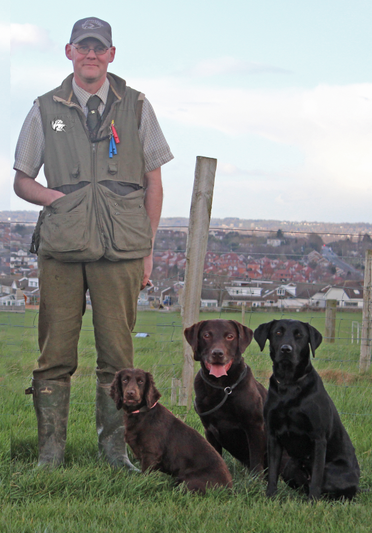 James Wiles
James has been working and training dogs since he was 9 years old. James always wanted to work outside and spent most of his days learning about animals and birds rather than learning Maths and English He discovered his passion for working dogs when he started shadowing a local gamekeeper which led to an apprenticeship, learning about the game birds but more importantly about the dogs used to hunt, flush and retrieve the game on the shoot days.
James gained his experience of dogs by working his own dogs; Labradors and spaniels; on local shoots, competing in field trials. He has worked in a quarantine kennels. He then diversified his knowledge by training and working with German Shepherds and Rottweilers as security dogs and Labradors and spaniels as scent detection dogs.
James is a Master Dog Trainer of the Guild of Dog Trainers. He regularly represents the Guild demonstrating the skills and experience he has gained over the years and what dog owners should be looking for in the Dog Trainer they choose to teach them and their dog.
​He is also an active member of the Shadowquest Working Dog Display Team, working Rescue Malinois Duke and his Working Cocker Pi.
James has completed many courses and is just completing his Behavourial Qualification from IABTC. Other courses he has attended include Scentwork Level 1 - 5, Aggression & Reactivity seminars, How To Teach Pet Dog Agility, Chase Motivation, K9 Assault Courses and many more. 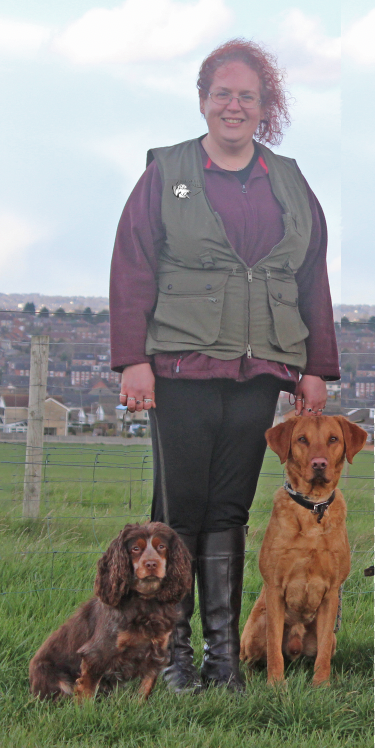 ​Davina Wiles
Davina grew up with a mad border collie however when she met James she was thoroughly thrown into the world of dogs. She now spends most of her time keeping James and the rest of the team "walking to heel" as well as developing new ideas to grow and expand the business.
Davina has been training dogs for the past 8 years. She is a member of the Guild of Dog Trainers which is a Professional Organisation for Dog Trainers whose membership reflects a level of experience that has been assessed and monitored. She regularly works with the Guild team promoting at Events at places such as Crufts and Dogfest.
Davina is also an active member of the Shadowquest Working Dog Display team, working her German Shepherd Nessa, who joined the team in June 2017 as a 10 week old puppy and Davina is able to demonstrate the work and training stages that go into training a puppy to become a working dog.

Here's James and Davina Having Fun With Their Own Dogs